An Evening With The Goodies 2018

I was floor manager for this recording of ‘An Evening With The Goodies’.

Network were releasing a DVD set of their entire BBC catalogue, and this ‘in conversation’ with Tim Brooke-Taylor, Graeme Garden & Bill Oddie was recorded as a DVD extra for the forthcoming set that would be released later this year, initially as ‘A Binge Of Goodies’ with a range of extra collectibles, and then on it’s own as a ‘complete box set’ edition.

The ‘audience with’ can also be bought on it’s own, here. 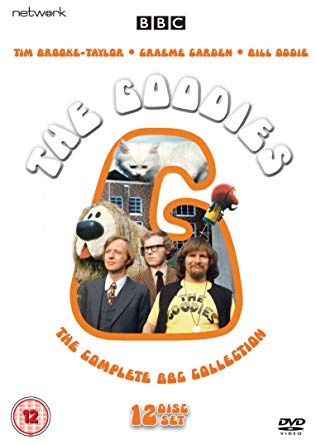