Audio recording for Go Faster Stripe of Adam Buxton’s sets at the BFI.
We recorded two shows in a day, which were edited together for this live DVD release.

Adam’s description of the finished product from his own website as follows; the finished DVD/digital download contains stand up and video bits including thoughts on Middle Premium Puddings, various YouTube comments, my shred of the Beach Boys on Later With Jools, the video of me sliding around in pub toilet, Brad Pitt singing Radiohead with a cock on his face and many more video nuggets from my stinky cupboard. There’s also outtakes from the live show and a previously unseen Country Man episode. 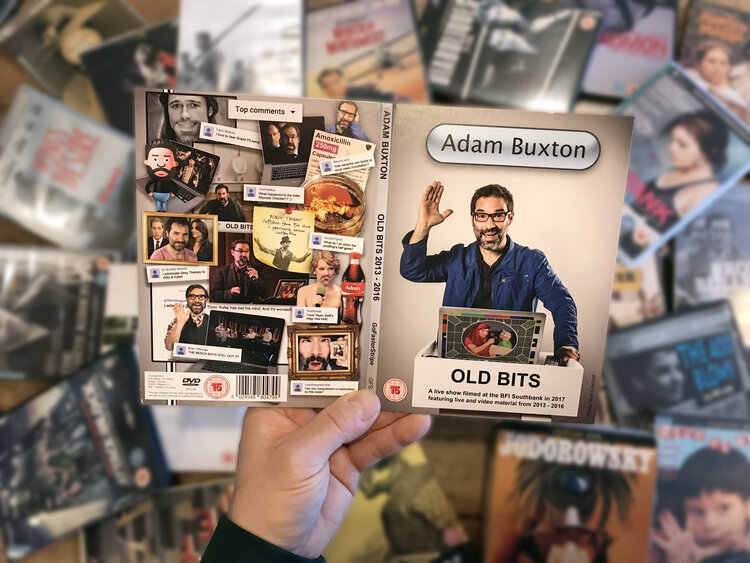