Josie was on directly before Henning during the 2010 Edinburgh Fringe, and I was setting up to record his show, when she asked if I’d make a recording of Be Honourable – which we did!

This recording from the Edinburgh Fringe, was later released by Lost Map Records as part of the ‘Lost Cats’ package on Cassette & Download, alongside another recording I made, of the following year’s ‘The Future Is Another Place’. 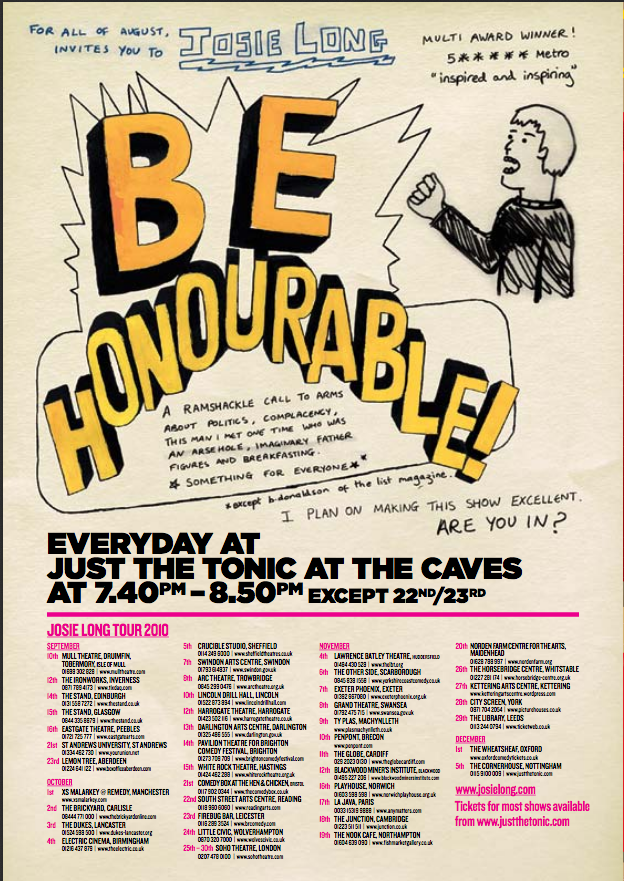