Josie recorded her show ‘Romance And Adventure’ at the end of her run at the Battersea Arts Centre in December 2012. She asked Doug King, who she’d worked with on her short films, to film it lo-fi style with a couple of cameras – and I came down and recorded the audio for the performance.

There was nowhere to set up properly, so if you look closely, you might see me with all the recording gear in the front row to Josie’s left!!

Josie & Doug released the show for free on youtube in January 2014. 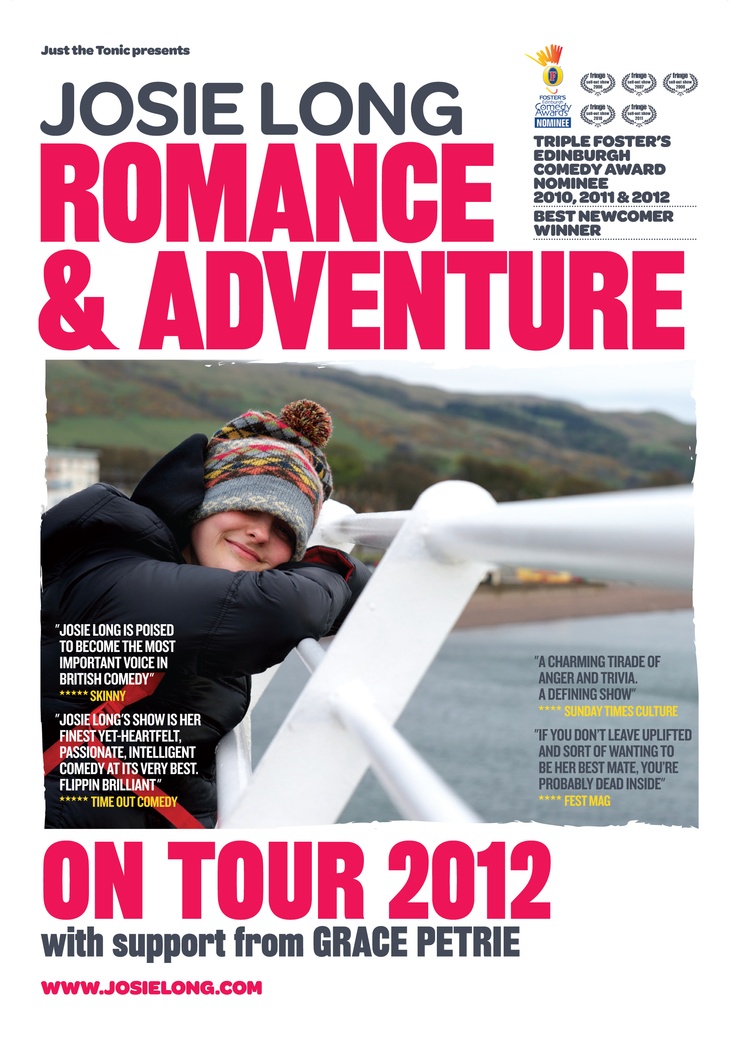