Following her award winning ‘Bic For Her’ show, and it’s follow up; ‘An Ungrateful Woman’, Bridget wrote her book; “A Book For Her” which was published in July 2015.

That year’s Edinburgh show was simultaneously a show in it’s own right, as well as a ‘book launch’ for ‘A Book For Her’ and I was there to help out at The Stand in August for tech stuff, and to sell books at the end of the show. 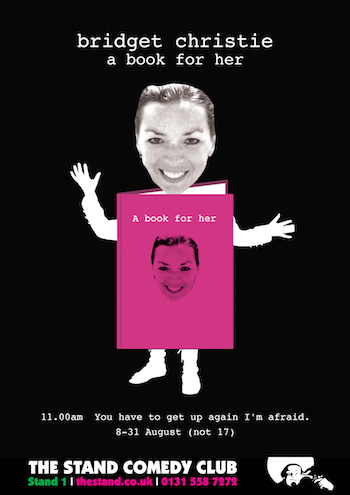