I worked with Pete for the first time on his 2018 Edinburgh show.
Helping him set up & pack down some of his magic tricks, and running a big screen & sound cues.

Amongst other things, throughout the show, we used a live camera which projected to a large screen behind him, allowing people at the back of the room to see some of the more close-up magic. 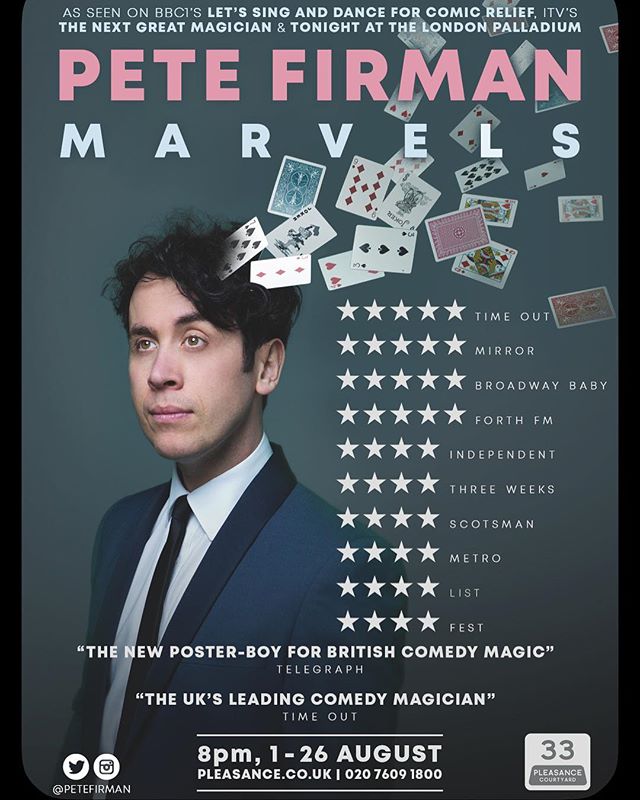 < Henning Wehn – Get On With It.
Adelaide Fringe >