Like Much-A-Stew About Nothing, this show was generating the six half-hours required for the recording of Stewart Lee’s Comedy Vehicle (series 4).

Starting at Leicester Square Theatre, London, the tour covered the UK & Ireland through the first half of 2015 before taking us to the Edinburgh Fringe, and back to Leicester Square for a 3 month run in the autumn leading up to filming in December 2015.

Extra dates were added in early 2016 in the run up to series 4’s broadcast, including 3 marathon nights at London’s Royal Festival Hall. 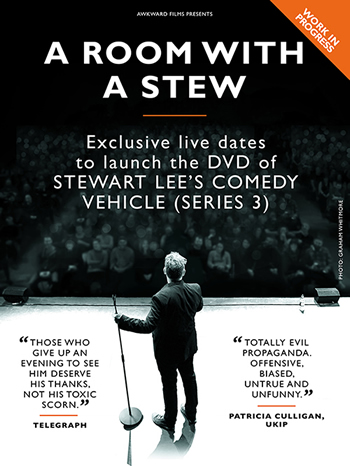