My first touring show, Stewart’s ‘Carpet Remnant World’ saw us lugging 16 rolls of carpet around the country, and for a run at the 2012 Edinburgh Fringe. Carpet Remnant World opened in November 2011 at the Leicester Square Theatre, London before touring the UK & Ireland between February & July 2012 and finishing at the Edinburgh Festival in August with a run in the newly refurbished Assembly Rooms on George Street.

We filmed the show at the Sheffield Lyceum in April 2012, for DVD release later in the year. You can read more about it here. 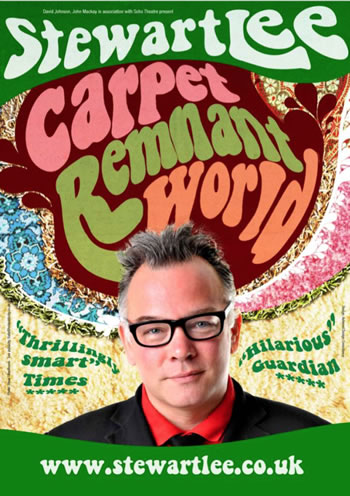