Beginning with 3 months in London’s Leicester Square Theatre, we were in the middle of the UK tour for this show when the lockdown began.

Dates are being rescheduled at the moment, currently due to begin again in early 2021

Stewart started working material up for this show throughout the earlier part of the year, and I helped with a week at the Edinburgh Fringe before coming to London in September 2019, with DVD launch / Work In Progress shows at Leicester Square Theatre, giving out copies of the newly released Content Provider DVD.

If you were at one of those shows, there’s a 50/50 chance you might’ve seen me dressed as a snowman.

It offically opened in November 2019, and carried through until January 2020 when we set out on a tour that would be derailed by a global pandemic in March 2020.

The remaining shows for the tour are due to resume in January 2021…. 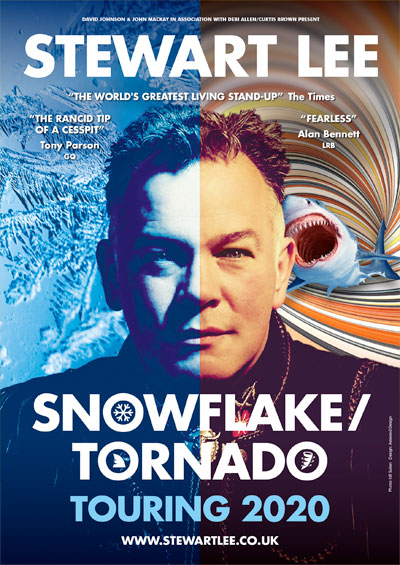