I met Ange in Australia during the 2019 Adelaide Fringe.

She first performed her show, ‘Final Form‘ there, which I operated as part of the programme at the Ferguson Room at the National Wine Centre.

When she knew she was bringing it over to the UK for the Edinburgh Fringe, she asked me to tech it there, too. We were on every night at the Underbelly’s Wee Coo. 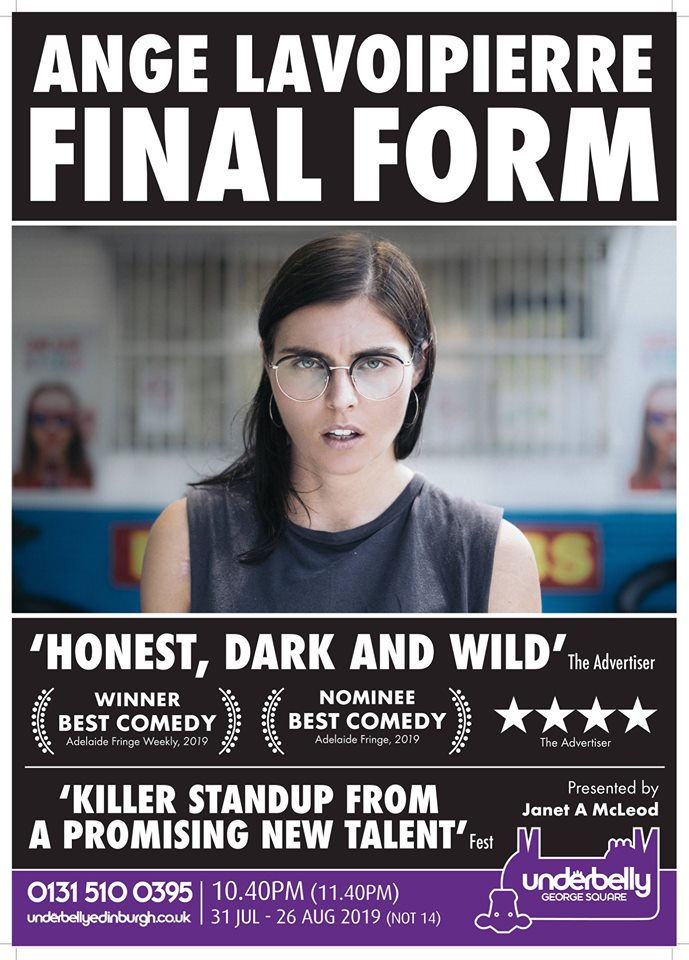