Barry edited it down for release on their website – worstfootforward.com.

Oh what a night! A full 19 months after our first live show, here’s our second – our World’s Worst Literary Salon with special guests Jay Foreman, Bec Hill and Ria Lina, recorded in front of a REAL ACTUAL PROPER AUDIENCE OF HUMANS on 10th October 2021 at the Backyard Comedy Club in London. Featuring all manner of awfulness, from the poetry of McGonagall to the sex scenes of Morrissey, with a whole host of dead moose on Broadway, a feral mongoose courtesy of Bram Stoker and a trek across the Andes. 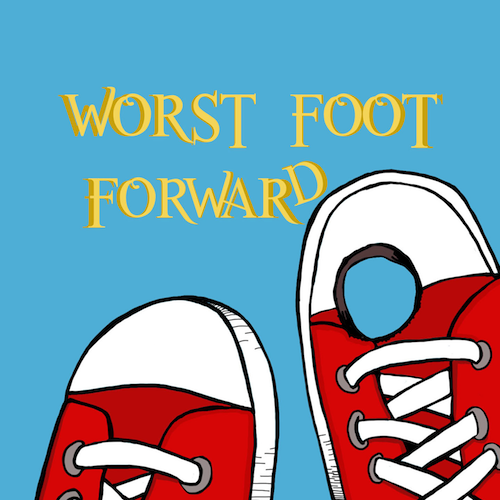 Previous Songs In The Key Of Laugh
Next