Bridget Christie – Mortal / Because You Demanded It 2016

Back at The Stand, Edinburgh at 11am for another show with Bridget.

‘Mortal’ would change drastically between it’s initial announcement & the Edinburgh run, as Bridget took in the effects of the Brexit vote, and the show became ‘Because You Demanded It’ – earning her another pile of increasingly positive plaudits. 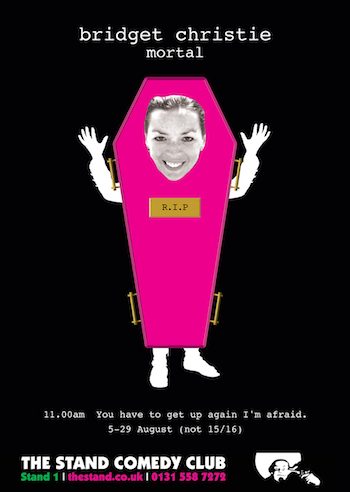