The “Dead Dad Show” has become a bit of a stand-up comedy trope.

“Stdad-Up” is John-Luke Roberts’ attempt at that.

How do you make a show about your recently deceased father, when you didn’t like him much?

Probably not by dressing up as him in a huge suit filled with balloons and performing him as a furious insult comic, but that’s what this show is.

Back at The Voodoo Rooms for my third show with Luke – and, once again, we did the show in London’s Soho Theatre after the fringe, too. 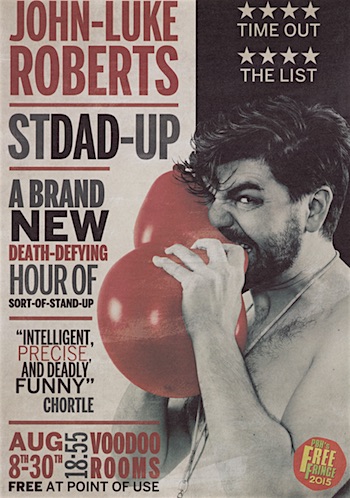 < James Acaster – Represent
Bridget Christie – Mortal / Because You Demanded It >