The third of James’ ‘Trelogy’ of shows saw us in Pleasance One for the month of August.

This time, I also toured with him around the UK in the Autumn of 2016 after the Fringe.

Unfortunately, I could only do half of James’ tour as I was already committed to Stewart Lee’s ‘Content Provider‘ which began with a London run in November of 2016, but September / October were spent touring Reset.

This show earned him his fifth (consecutive) nomination for Best Show at the Awards that year. It’s on Netflix now, along with Recognise & Represent. 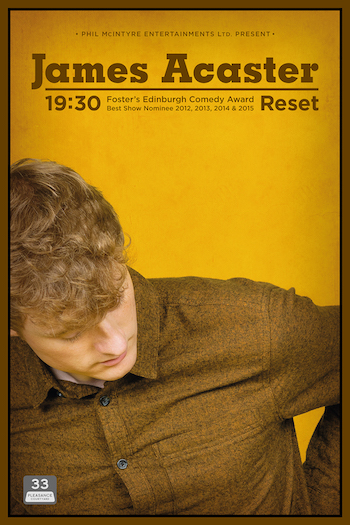