John-Luke Roberts works his way through the collapse of his long term relationship but pretends it’s just a stupid comedy show.

There’s a bit where a dinosaur pretends to be a person, a bit where JLR gets covered in flour, a bit where an audience member cleans his face, and a bit where he eats six lemons while listening to a lot of covers of Hurt as he remembers his anniversary.

We did this throughout August 2014, and again in London’s Soho Theatre the following spring. 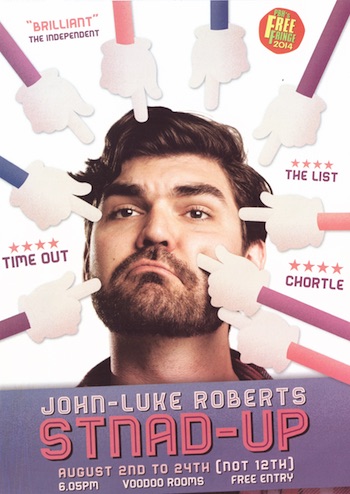