Lou Sanders – And Now For A Nice Evening With Wallan 2012

Lou was on in the same venue before David Trent every night during 2012’s Edinburgh Fringe, so we’d cross paths as she packed up, and we set David’s show up. And she had a lot of clearing up to do. If you saw the show, you’ll know.
Lou needed a tech for the show after the fringe, back in London, so I ended up covering those shows. That’s Wallan. 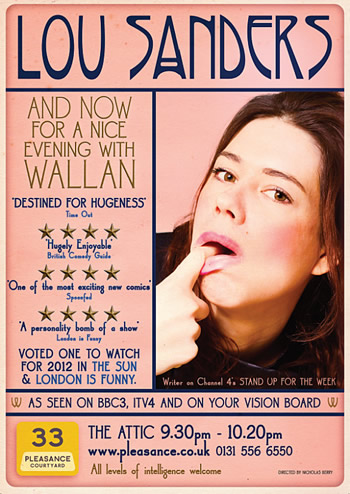