David’s debut solo show ran every night at the Pleasance Courtyard through August 2012, and saw him nominated for Best Newcomer at the Awards that year.

In possibly the hottest room on the fringe – Pleasance Attic –  I helped set up all his monitors & projector and had to (pretend to) take the blame for technical malfunctions every night for a month.

We did it all again at The Soho Theatre the following autumn. 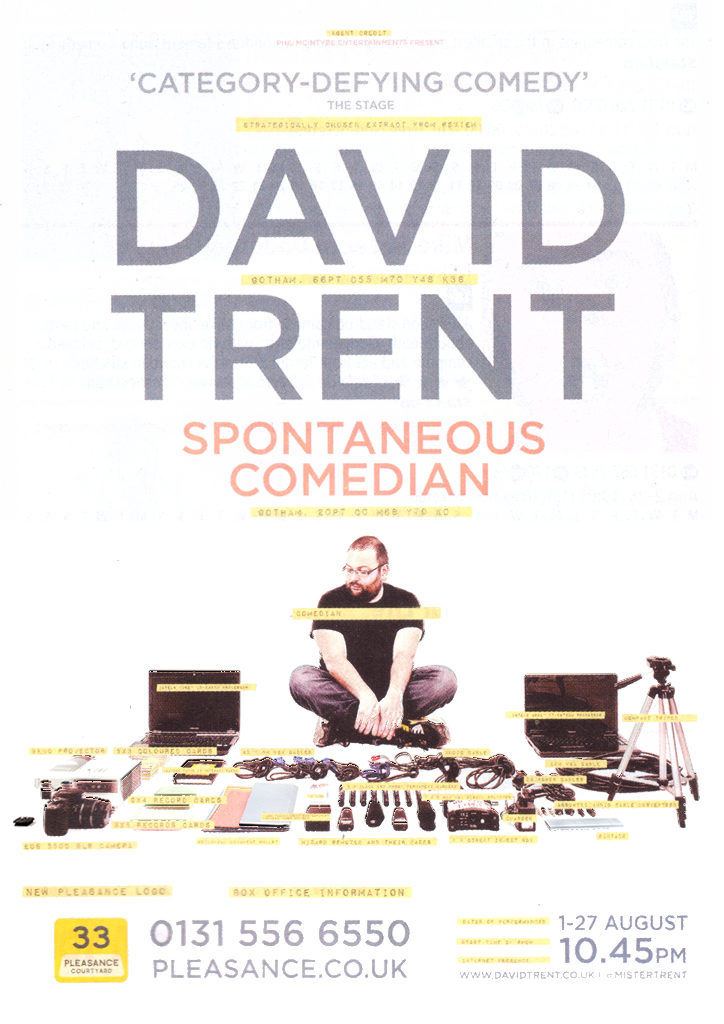