Much A-Stew About Nothing was Stew’s work-in-progress show that generated the material for the third series of ‘Stewart Lee’s Comedy Vehicle‘.

Starting at the Edinburgh Fringe, we then toured it in the autumn of 2013, before landing in London’s Leicester Square Theatre, where the show ran for 5 (or sometimes 6) nights a week ahead of the filming of the series.

Between the recordings & broadcast, we then headed back out on a national tour that would take us up to March 2014, including a couple of mammoth 3 hour shows at the Royal Festival Hall. 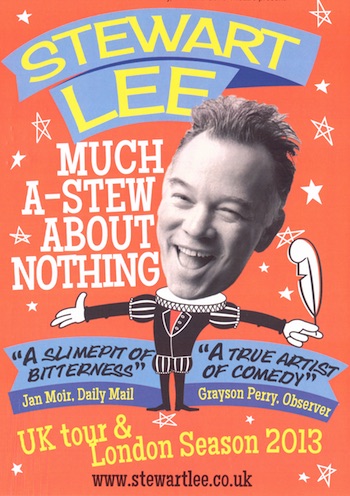